2 Christmas Cultural Events That Can Only Be Had in Niagara 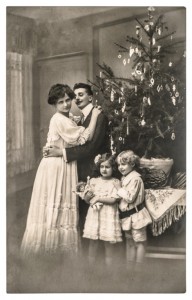 Niagara Falls is known for many things. There are the eponymous and ever-impressive waterfalls, wine country and its award-winning offerings, world-class entertainment that exists throughout the year, and the wide array of stellar restaurants serving up everything from authentic Italian cuisine to the best in steakhouse dining.

That list, however, is just the tip of the iceberg, as every year seems to find Niagara offering more than ever before. For lovers of culture and history, November and December are particularly good times to visit as these two Christmas cultural events that can only be had in Niagara show.

Held at the Laura Secord Homestead, which will be lavishly decorated for the holidays, guests at this event can not only learn the details of Laura Ingersoll Secord’s life, but they can do so amidst her stunning homestead that has been lovingly refurbished to reflect the period of time right around the War of 1812.

A celebrated hero of the War of 1812, the story of Laura Secord is an unusual one. Ordered to house American soldiers during the war, Laura and her husband James overheard of an American plot to attack the British. As James had been injured at the Battle of Queenston Heights the year before, he was unable to make the journey to warn the British troops. Laura went in his stead, and for 18 hours, she struggled to travel the more than 20 miles of difficult and treacherous country in hostile territory. She made it, however, and delivered her message in time to allow the British to surprise the Americans and defeat them at the Battle of Beaverdams. A Person of National Historic Significance, her historic homestead is a treat for anyone who desires to see what life around the turn of the 18th century was like.

Guests of the Christmas in Queenston event will not only hear of her historic journey amidst the festive, period decorations in the home, but they will also learn of her ties to chocolate and her rarely-talked-about American roots. For a Christmas cultural event with plenty of intrigue, visit the Laura Secord Homestead. 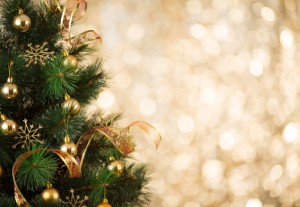 The McFarland House is the Niagara Parks’ oldest property and one of its most prized. For well over 200 years, this stunning home has granted visitors a picturesque look into the ways in which life was conducted and shared in charming Niagara-on-the-Lake — at least for those of means. One of the few buildings in the area that predates the War of 1812, a McFarland Christmas not only offers visitors a chance to experience a piece of remarkable history, but they can do so amid period holiday decorations for a taste of what a Victorian Christmas would have been like. The grounds also include a garden typical of a mid-19th century Door Yard Garden and costumed interpreters with vast knowledge about the region, the house, and the daily lives of the people who once lived in it.

For anyone who wants to experience Christmas amidst the nostalgia of time gone by, these two opportunities are without equal, and they can only be had in Niagara.