Spotlight on the Crossing Point Tour 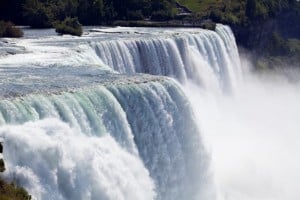 One of the darkest parts of American history centers on the institution of slavery. Both before the American Revolutionary War and after, the trafficking of African people was big business that drove everything from industry and agriculture to politics and culture in the burgeoning democracy.

As the abolitionist movement that finally led to the American Civil War heated up, an Underground Railroad was developed that helped enslaved people escape bondage to find a new life in free states in the Northern United States and in Canada. Niagara Falls, because of its location at the American border, was a prominent place for enslaved African Americans to make their way to and settle on their quest for freedom.

During the 19th century, the Underground Railroad developed to assist enslaved people on their path to freedom. A secret network of people, routes, and places used by abolitionists, allies, and former slaves, it was often a harrowing and difficult journey. While some enslaved people simply found their way to the sympathetic and non-slave-owning Northern United States, others wanted to ensure their freedom by following the Underground Railroad all the way up to Canada.

Niagara Falls and the southern Ontario region were vital parts of the Underground Railroad, and the Crossing Point Tour tells much of this fascinating history from the early years of passage through the Civil War.

In many ways it’s hard to imagine just how dangerous the passage from slavery into freedom was for any person attempting to escape the American South, but this tour brings the stories to life.

Fugitives from the law, enslaved people faced grave danger trying to reach Canada. The tour highlights individual stories of escape, travail, bravery, and danger to give tour attendees a true taste of what it would have been like to escape slavery and try to get to freedom, as well as the process of resettling after making it across the border. 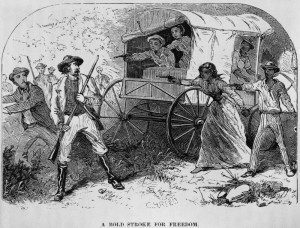 The Crossing Point Tour is given by a woman named Lezlie Harper Wells. She is a fifth generation Canadian and a direct descendent of a fugitive enslaved person who escaped Kentucky in 1850 and made it to Canada to start a new life in the Niagara area. Her interest in and knowledge of the area is vast and detailed, which makes for an informative and exciting tour. Regardless of whether you’re traveling with a large group or a family of four, the tour is totally customizable regarding time frame, budget, and even meals.

Whether you’ve visited the Niagara region dozens of times or you decide to take this tour on your first trip here, the Crossing Point Tour will give you a great appreciation for the place and its people in relation to the struggle for freedom millions of enslaved African Americans endured in the United States.