COVID-19 Updates: Learn about our commitment to cleanliness
Patios are Open in Niagara Falls! Click Here to View What's Open! 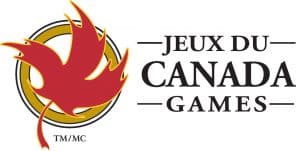 It has just been announced that the Niagara Region has been chosen as the host for the 2021 Canada Summer Games. The Canada Games are one of the country’s largest sporting competitions and are held every two years, alternating each time between summer and winter events. In 2021, Niagara will enter the spotlight as the host of the summer games and the region will come alive with the excitement and activity that they bring.

The Canada Games were first held in Quebec City in 1967 and have developed into the country’s largest multi-sport competition for young amateur athletes. The summer games feature events in a number of different sports including track and field, soccer, rowing, basketball, volleyball, tennis, swimming, and more.

Amateur athletes from all over the country will be travelling to Niagara to compete for their province or territory, and locals and visitors will have the chance to buy tickets, watch the events and get into the spirit of the games. It will be a perfect time to plan a getaway to Niagara Falls and experience the amazing sites of the city as well as exciting sporting events in which many of Canada’s future Olympic athletes compete.

Be a part of the conversation and stay connected with Canada Games news by using the hashtags #NiagaraAreYouIn, #CanadaGames, #WeAreIn and #ExploreNiagara on social media and make sure to follow @Niagara2021 and @CanadaGames on Twitter.